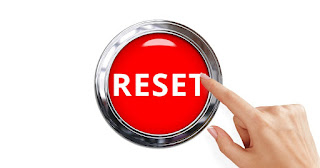 Given that it's been about a year and a half since my last post, I gave serious consideration to chucking this blog entirely and starting afresh with something new. Alternately, I've thought about giving up blogging entirely since I'm busy with a number of other endeavors. But I've got several well-read posts here - whose URLs have spread far and wide and are even printed in my 2021 book - so deleting the blog seems unwise. And, even if I never gain a wide audience, I think there's value in regularly (hopefully far more regularly going forward!) writing about topics of interest, particularly to fellow homeschooling parents.

So...here I am, hitting the "reset" button on Views from the Road Home!

In one of my last "personal" posts here - in August 2020 - I gave a rundown of how the first six months of the COVID-19 situation had affected our family. By way of re-introduction, I'll pick up with a brief summation where that left off.

Rachel did not end up going to college anywhere. Who knows but that she may do so in the future, but for now, she's doing just fine without a degree. She worked her Girl Friday job through 2020 and into 2021, took a few online courses in biblical counseling, and also jumped on board as the stage manager for our local homeschool musical group's production of Beauty and the Beast. As soon as the play (for which she absolutely adored serving) wrapped, in May 2021, she was offered and accepted a part-time secretarial position with a lawyer from our church. Then - in January 2022 - she also took on the part-time secretarial position at the church. Between the two jobs, she essentially has a full-time gig doing work for which she's clearly wired and which she quite enjoys. She continues to live at home with our blessing. 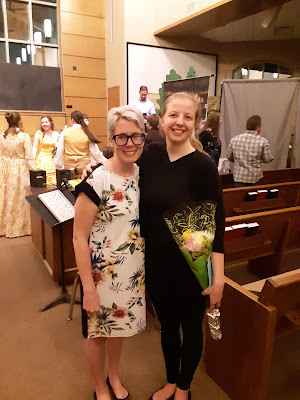 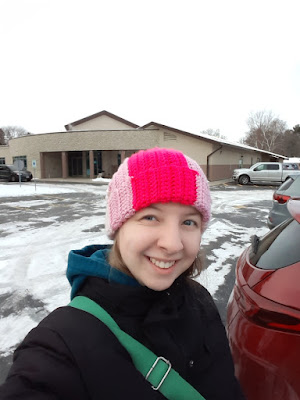 Abbie and her husband, Gabriel, have adjusted well to married life. He earned a degree from the local community college in May 2021, adding to the half-master's he had previously earned in Costa Rica. And, after saving on rent by living with his brother, they'll be getting their own apartment in August 2022.

Abbie was promoted to co-teacher at the Montessori preschool within a month of being hired, and stayed at that job until early July 2021. Working at that school, however, proved to be physically grueling, so she chose an entirely different direction in August 2021, taking an at-home customer service position with Humana. She enjoyed that and received regular kudos from her supervisors, but chose to tackle a new challenge in April 2022, switching into sales with United Health. She's thriving there, becoming one of the youngest-ever licensed insurance agents in the state and wowing her supervisors with the amount of sales she makes. 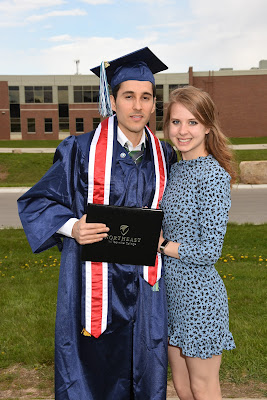 Jeff's company kept him working entirely from home for over 15 months, which was a very hard row to hoe for an extrovert. When he was finally "allowed" to return to the office, it was on a hybrid schedule. And even to this day, he only goes in about three days a week, working from home the other two. He hasn't been on a missions trip since 2019, and has had two planned trips to Guyana cancelled due to that country's on-going (draconian) COVID policies. But he continued via MissionGuides to promote missions work through his involvement with the Perspectives course. And, in February 2022, he replaced his long-standing golf outing with a new endeavor, the Stone Soup Banjo Party, which was a roaring success. 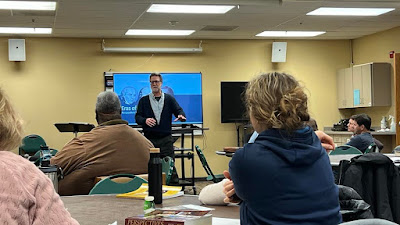 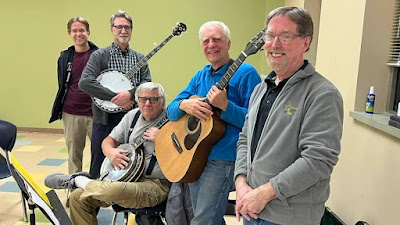 I was asked in October 2020, to write a book, 8 Great Smarts for Homeschoolers, and was given a ridiculously short turn-around time of just six weeks. However, God gave me the words, and I finished the entire manuscript a week early! My editor at Moody Publishers was wonderful and was very complimentary of my work, suggesting only minor edits. The book came out in August 2021. Though I ended my official affiliation with Celebrate Kids in September 2021, my book continues to complement one of that ministry's key titles, 8 Great Smarts. 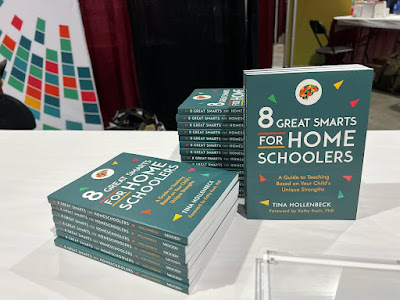 An old friend, Jenny, reached out to me in March 2021, and - long story short - our reconnection resulted in the opening of a local homeschool-parent resource center, The Homeschool Loft, just two months later. Via our physical location - a beautiful office in a historic building - we provide one-on-one consultations, book clubs and discussion groups, workshops and seminars, and a curriculum-viewing library. We also started a weekly podcast, The Homeschool Loftcast, to extend our reach beyond our local area. And along the way, my family and Jenny's have become very good friends. 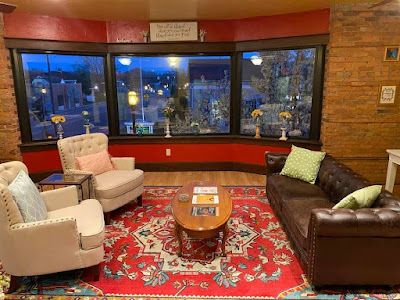 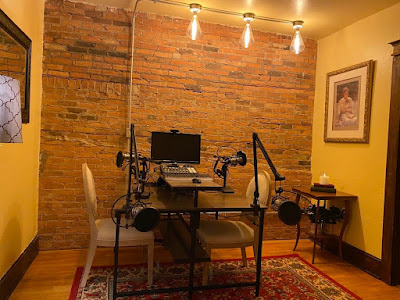 In May 2021, we invited a realtor to do a market-analysis on our home and were stunned to learn how much we could get for it. We decided to take advantage of our equity and the then-very-hot sellers' market and began to search in-earnest for a new home. Seventeen house tours and two failed offers later, we finally found our new home - in a suburb about five miles from the old place. Only then did we put our old house on the market, and it sold in two days! We agreed to a rather long wait before closing to accommodate the sweet gentleman from whom we purchased our new home and finally moved in mid-October. Though leaving the home in which we raised the girls to adulthood was rather sad, we all love our beautiful new home and look forward to making new memories here. 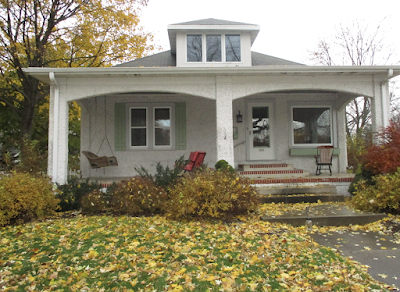 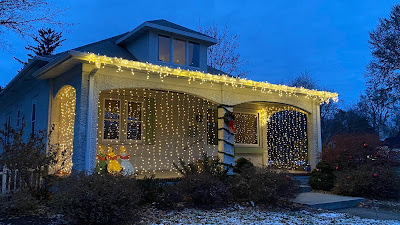 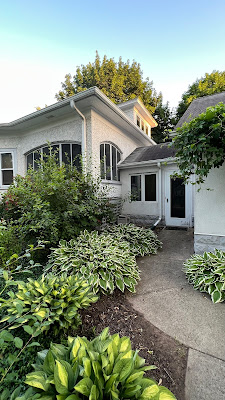 Abbie and Gabriel made two trips - one in December 2021, the other in February 2022 - to visit his family in Costa Rica. He was thrilled to visit after more than three years away, and she loved getting to know them. 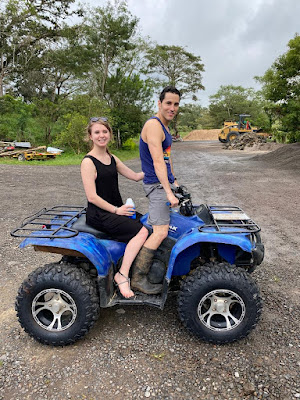 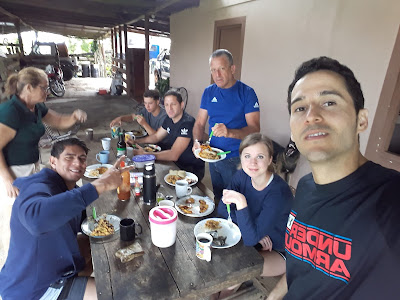 Gabriel became an author in March 2022, with the publication of his first book, El Camino de la Resiliencia. 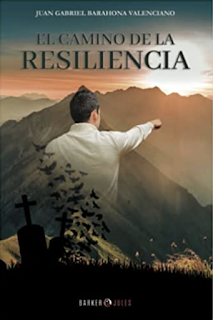 In April 2022 - after more than two years of steady work - I finally finished a complete overhaul of and update to The Homeschool Resource Roadmap. As of today, the site lists, categorizes, and describes over 5,400 homeschool-oriented curriculum and educational resource companies.

Abbie plans to continue in her current job for the foreseeable future, but she and Gabriel - an engineer who works for Nature's Way and also owns a general contracting business with his brother - are on the cusp of a whole new adventure beginning in December 2022. Actually, we all are, as we will welcome Abbie and Gabriel's son, Seth - our first grandchild! - into the world at that time. And, if Abbie does continue working, I - under the new title of "Nana" - will get to be Seth's primary babysitter. 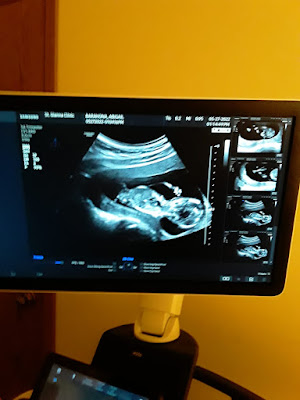 As you might imagine, my continuing work on The Roadmap and for The Loft - not to mention maintaining our new home and keeping tabs on everything Jeff, Rachel, Abbie, and Gabriel are up to - keep me plenty busy. I also continue to serve on my church's worship team and even began taking weekly voice lessons last fall. In addition, many people have already asked when I'll write my next book...which I very well may do, in between changing Seth's diapers and reading him bilingual books.

Not that I need another plate to spin, but I look forward now with this reset to seeing how the Lord will lead with future posts here. If I can activate the best parts of the "Rou-Tina" element of my personality, watch for them regularly.