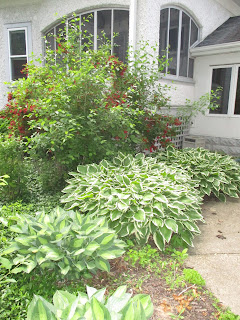 For I know the plans I have for you
- this is the LORD's declaration -
plans for your welfare, not for disaster,
to give you a future and a hope.

This is Jeremiah 29.11 (HCS), a verse I've known for most of my time as a follower of Yeshua (Jesus) and one that has brought great comfort on several occasions. Yet a year ago, as these words reverberated through my mind, they (frankly) sounded like clanging gongs.
You see, it was a year ago today that our realtor broke the news to me that we'd been outbid on the sixth house we'd toured in our quest for a new home. Of the six, it was the first upon which we'd placed a bid - so it's not as if I was saying, "Not again!" But that home - the Arrowhead house or just "Arrowhead" as we've come to call it - appeared absolutely "perfect" to us. Thus, losing it was a tough blow, made worse by the tightness at that time of the real estate market in our area.
It's not as if I thought that meant God had abandoned us; thankfully, I was more grounded than that. And I (admittedly, with my wise daughter Rachel's help!) was able to talk myself through the disappointment to keep things in perspective - i.e., "It's not as if we have to be out of our house by a certain date, and there have to be more homes to look at...eventually. God's got this thing." But I did cry. And I did wonder - even out loud - how there could be a better house for us than Arrowhead.

And I kept wondering intermittently as we continued to tour the handful of options our realtor found for us in our target area over the next couple of weeks. We made a bid on one other - Roselawn, the tenth home we looked at - but we weren't disappointed when we lost that one. It could have worked but we knew it wasn't really "it" even as we wrote the offer. And Jeff wanted to bid on the twelfth house - the one we've come to call "626." But, as much as Rachel and I agreed with him that it was adorable (and comparable in some ways to Arrowhead), we knew it was too small. So we skipped bidding entirely and it was snatched up by the morning after we'd toured it.
Our realtor assured us there would be something just like Arrowhead "only better" or just like 626 "only bigger." But by that point we were all so burned out on house tours I'm not sure any of us really believed her.
But God...
(Did you know that phrase appears 31 times in the Bible?)
Yes, indeed, God did have a plan...for our good and for our future!
Less than a week after our visit to 626 - and less than two weeks after Arrowhead (though at the time our hunt seemed to have been going on far longer!) - my friend Heather "just happened" to be in a certain neighborhood and "just happened" to see not just one but two houses sporting little "for sale by owner" signs on their front lawns. She immediately texted me pictures and addresses - as it turns out, both signs had gone up only that day - and we were touring first one and then the other by 5PM. The first was nice and could have been a strong contender if not for the availability of this one: 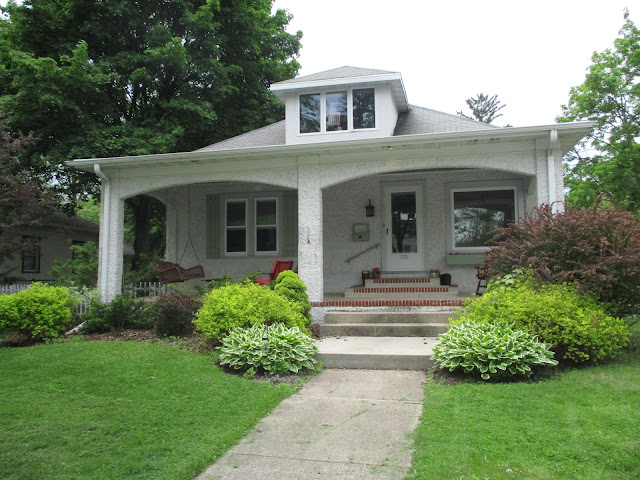 As we left this home and decided immediately to make an offer, Jeff was thinking, "We'll never get it; it's too good to be true!" I was likewise wondering if we really had a chance, and was also thinking, "Arrowhead, Smarrowhead!"
There are many "God-incidental" details I could share related to getting this home. But fast forward through making an offer on July 30 and some back-and-forth negotiations for the next few days to August 3, when - against all odds, really - the seller accepted our final counter. And, after getting our old home sold in two days flat and agreeing to a longer-than-usual waiting period to help out this home's seller as he finalized details with his new home, we closed on October 13. 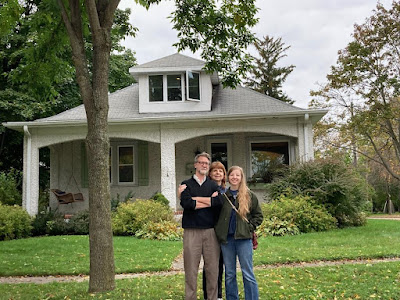 Since then, not a day has gone by that we haven't looked around and marveled that we're really able to call this beautiful house our home; it's been nine months now and we still need to proverbially pinch ourselves. On a practical level, this home has everything Arrowhead offered and then some. It's a lot like 626...but, yes, bigger (and literally right down the street!). And neither Roselawn nor the other for-sale-by-owner option or any of the other 12 homes we toured can hold a candle to it! In fact - though relative monetary worth is not relevant at the moment because we have no intention of selling anytime soon - I take it as one evidence of Jeremiah 29.11's applicability to our situation that the appraised value of Arrowhead and 626 have gone down slightly over the past nine months, while Roselawn's has increased a little and our home's value has gone up significantly.
A year ago today, I was sad and a little disillusioned and worried. I knew Jeremiah 29.11 - it popped into my head as soon as I'd hung up with our realtor - which is a testament to the importance of memorizing Scripture (God can't bring to mind what isn't there to begin with!). But the sting of losing what I - in my fallible, human wisdom - was "sure" had to be the right thing was real.
I share this story as an object lesson - to myself and others who might read this account. God has plans for us - relating to where we live at any given time and so much more. Sometimes (often?) His plans are not our plans, but - just as the "perfect" Arrowhead is a pittance compared to the beauty and suitability of the home He ultimately had for my family - so, too, He will show us over time how all of His plans are the right ones. He isn't angry when we grieve losses (even small ones in the grand scheme of life and eternity); He merely expects us to hold on to Him in faith as we navigate through our feelings and keep our eyes open to see His revelation of His plan in His time.