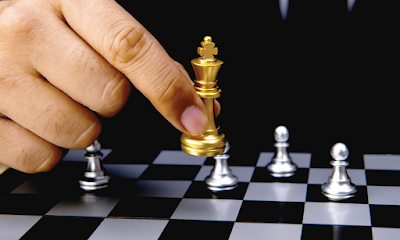 During my first years as a home educator, I quickly learned that there's "a lot" of homeschool curriculum, and I remember being overwhelmed and confused by "all" the options. And, when I began my research that culminated in the development of The Homeschool Resource Roadmap, I remember specifically thinking, "Wow, I'm going to have to send a lot of emails. I bet there are 300 companies."
Fast forward to a little over nine years later and The Roadmap currently - as of today - lists and charts 5,437 different resource providers!
Now, try to wrap your mind around that. We're not talking about some 5,400 products spread out across the various subject areas, which would be prodigious enough. Nope. What we have are more than five thousand different companies, many of which produce multiple products and some of which create dozens or even hundreds of resources. For example, those looking into Elementary Math can choose from among 907 different companies. If you're seeking help with Reading/Phonics, you've got 522 companies through which to parse. World History? 592. High School Biology? 259.
It's very good to have options (though, admittedly, I sometimes think, even as an unabashed capitalist, "Enough is enough already!"). But having so many possibilities from which to choose can feel downright paralyzing. I mean, how on earth would one busy mom have time and mental bandwidth - even with The Roadmap charts - to effectively wade through over 900 math options for her eight-year old?
But there's one little move that can make a big difference. Simply put: avoid common core.
I actually think there are many reasons to avoid common core (and, by extension, all its "cousin" standards), some of which I detailed in another post a few years ago. However, if we set aside the esoteric arguments and just look at the matter practically, steering clear of common core, et. al, does something very basic yet very important: it limits your choices.
At first blush, that sounds rather negative to the average American. "What? I'll have fewer options?" But, as my mother-in-law (and probably her mother before her) has said, "Some things are just too much of a muchness."
And choosing to narrow the curricula you'll consider for your kids to only those which eschew common core will not leave your cart empty at checkout. For example, there are 311 Elementary Math publishers that don't utilize common core in any way. Yes, that decreases your options by 66% (and, admittedly, takes some big-names out of the running). But do you really need more than three-hundred-some arithmetic possibilities? Likewise, avoiding common core in Reading/Phonics still leaves you with 200 options. World History? 285 High School Biology? 75
The fact is that - with the exception of Advanced Placement (AP), which is (sadly but predictably) fully in-the-tank for common core - you can wholly avoid anything affiliated with those standards and still have plenty of high-quality options from which to choose. And I would go so far as to posit that you'll start from a much higher pedagogical platform by eliminating common core from consideration; honestly, you won't miss out on anything of value by skipping it.
At least give it a shot, which you can do by studying the IND ONLY charts on The Roadmap. If you honestly consider all 311 non-common core Elementary Math curricula and determine that not one of them will work for your child, then you can expand your search to the other 596. If you analyze the content and methodology of all 285 non-common core World History options and decide none will suffice, go ahead and try to make time to look at the other 307. But doesn't starting from a high-water mark with a "limited" but still plentiful amount of options sound less intimidating than slogging through everything?
As you'll see when you check out the IND ONLY charts, you can further narrow your prospects to a reasonable amount by vetting for other characteristics - i.e., target age range, worldview perspective, learning style approach, delivery method, etc. But consciously making the move to avoid common core is, in my opinion, the easiest, most efficient, and smartest move you can make in the curriculum-choosing game.
*****
NOTE: For a complete (regularly updated) summary list of how many options in every subject area avoid common core entirely, click HERE.
*****
Photo Credit: Siriwat Nakha/Getty Images