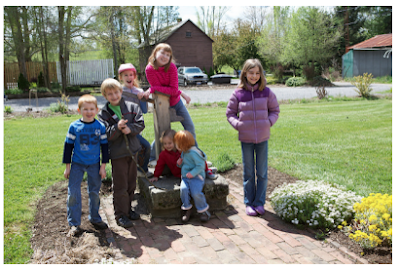 Since I launched The Homeschool Resource Roadmap in March 2013, I've spoken with and written to hundreds and hundreds of homeschool curriculum providers. And, though The Roadmap has been purposely designed as a neutral listing of all resources available to home educators, those who know me via other venues realize I have deep concerns about the "common core standards" (CCS).

The CCS officially cover language arts and math, but they've been adapted for other areas and go by other names (i.e., Next Generation Science Standards - NGSS - for the sciences; College Career and Civic Life Framework - C3 - for "social studies"; National Core Arts Standards for dance, media arts, music, theater, and the visual arts). They have even been "re-branded" with other monikers in an attempt to mislead those with concerns (see here and here for just two examples of that). Especially by those who've chosen to align or correlate with the CCS and/or its compatriots (hereby referred to as CCS for brevity's sake), but even by many who are remaining independent, I've been asked to delineate what I believe to be the problems with the initiative.

Of course, I don't come at my views in a vacuum. I've based my opinion on a good deal of study over the past few years, including but not limited to what I've read via the most thorough compendium of resources on the topic, Truth in American Education. And, essentially, it all boils down to three main problems:

The Problem of Principle
On principle, the CCS is blatantly unconstitutional. Specifically, it is essentially a federal mandate for education despite the fact that the Constitution clearly delineates (in the 10th Amendment) that education is a matter of states' rights. CCS proponents claim the states - initially 45 of them and the District of Columbia - "voluntarily" chose to concurrently adopt the same education standards, but anyone with half a brain knows that can't be true. Honestly, could even five states ever agree on something simple - let alone 45 legitimately concur on something as significant as an overarching education policy? Of course not. But when money came into play - very simply put, the federal government blackmailed the states by threatening to withhold billions of dollars on which the states had come to rely - the fat lady enjoyed a good round-robin sing-along all over the country.

And, thus, whether or not a person feels that national education standards would be a good thing, the fact that the adoption of the CCS violated the nation's Constitution should be enough to make every American stand up and shout, "Stop!" We are a nation still ruled by law, after all, and that should mean something.

The Problem of Probity
Of course, then there's the whole notion of whether or not national standards would be good. CCS advocates claim they're essential - so all children (at least all children educated in the public/government schools...and private schools taking even one penny of federal money) could learn the same things at the same ages in the same ways. Thus, kids in our mobile society would supposedly not miss anything if they moved from one school district or state to another.

Setting aside for the sake of argument the fact that it would be patently impossible to so tightly regiment lesson plans in every classroom across the nation to insure such an outcome, let's consider the cost of that philosophy. Do we really want to try to force all children at a particular "grade level" to learn and master the exact same content at the exact same time in the exact same way as everyone else just because a standards document says they must? Really? How immoral! Children are not robots, and learning is not supposed to look like movement down an assembly line. Frankly, anyone who thinks otherwise is either foolish or evil.

The Problem of Pedagogy
But let's say we could somehow justify treating our children as if they're part of a Borg-like collective. Would the CCS work then? Of course, that's a remarkably big "if" since the very notion of treating uniquely-created individual children like machines is so beyond the pale. But even if we could get past that, there is still the problem of these particular standards.

And, to put it bluntly, they are wrong in terms of both content and style. They don't delineate concrete measures of what children are supposed to know and be able to do at certain points in their lives; instead, they spout a lot of theoretical jargon that lacks real meaning "in the trenches" of a classroom. And, to make matters worse, they forbid teachers from using creativity in delivering the lesson content, instead requiring that they all use the same mandated materials in the same mandated way with every child, individual differences be damned.

Furthermore, where one could possibly pluck particular skills and abilities from the semantic mud of the verbiage, the directives are usually developmentally-inappropriate in one way or another. Sometimes the expectations are ridiculously too high for a particular age and, at other times, they are laughably too low. In fact, it's almost as if the standards were not written by teachers and experts in child development but, were instead, cobbled together by bureaucrats and ideologues. Oh, wait; that's exactly what happened. In point of fact, very few educators were involved in the development of the standards - and some who were (most notably, Sandra Stotsky and James Milgram) now actively lobby against them. Instead, those in charge had partisan, agenda-driven vested interests and were more determined to see their particular (collectivist, socialist) worldview perpetuated than in assuring a full, meaningful education for each child. The standards are long on indoctrination and short on meaningful educational content. And for that reason alone - even if Principle and Probity were non-issues - the CCS is bad news.

Given all of that, any parent of children in the government (and far too many private) schools should be up in arms - and many have been since they realized what is going on with the CCS. As to why others don't "get it," that's a topic for another day. But for home educators - as well as for those who've chosen to utilize private schools that eschew government money - all of this is an even bigger deal.

In contrast to those operating government schools and some private schools, we haven't taken any money from any branch of government. In fact, we pay for our children's educations out of our own pockets in addition to being coerced into paying property taxes for government schools we do not utilize and to which we often conscientiously object. Therefore, even if national standards were constitutional, they shouldn't apply to us. We home educators pay for our own children's educations; therefore, we alone get to make the rules for our own children, and that should never include compulsion or enticement to follow CCS or any other government initiative.

Secondly, we know that each of our children is an unique individual, and we celebrate that fact by customizing learning to suit each one's needs. No child should be forced to endure a cookie-cutter education, but that applies double for privately homeschooled kids, whose parents have purposed to get them off the government-run schooling conveyor belt. Thus, to suggest we should somehow put them back onto the hamster wheel by virtue of complying with formulaic nationalized standards is appalling.

Finally, home educating parents have very specific, well-researched convictions about what our children should be learning - both in terms of worldview and specific, measurable content. And those convictions very often run contrary to the notions expressed in the CCS. Thus, to even hint that we may have to comply with content and perspectives that run afoul of our principles - at the behest of government employees charged with working for us - is anathema. If children belong to anyone, they belong to their parents, not to the government - especially when those parents consciously take full responsibility for their children's educations. Homeschoolers have standards; in fact, we develop appropriate individualized expectations for each of our children. We don't want or need the government mandating that for us.

I have yet to meet an informed home educator who supports the CCS - and with good reason, as is apparent from this short treatise. The foisting of the CCS on any of America's children is a big deal, and it should be combatted at every turn by every parent and citizen. And homeschoolers should be standing firmest of all precisely because the CCS agenda flies in the face of the type of upbringing we are working so hard to provide for our kids.