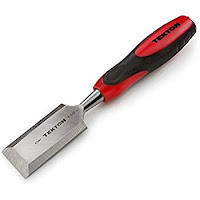 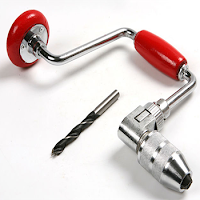 A frequent discussion point among home educators is whether to use spiral-based or "mastery"-oriented resources. The topic most often comes up in relation to math, but can be applied to other content areas as well.

When I was getting started with thinking about formal academics for my girls, a strong contingent of homeschoolers local to me was completely sold on the benefits of "mastery." They advocated for "mastery" being the only real way to provide a quality education and promoted specific products that supported their views. I hadn't been taught about the specifics of either approach in the teacher-training courses I took to become a "certified teacher" and it was a moot point in the schools where I worked for nine years before my kids were born. So I didn't really know the difference. But I respected these new "experts" I'd met, and the idea of having my kids gain "mastery" was, of course, very appealing. So I jumped on the "mastery" bandwagon, dragging my kids along for the ride.

Turns out, though, that the "mastery" train made my kids sick. The "mastery" math programs I tried - first one and then another - literally made the girls cry. And the "mastery" science curriculum that was all the rage in my area at the time bored them to tears. I replaced the science after just a short time - I, too, was bored at the thought of learning about nothing but planets for an entire year - but between the two programs I tried, I hung onto "mastery" math for far too long, all the way until the girls were 10 and 11. Why? I was hung up on the word "mastery," believing (incorrectly) that a spiral approach would never allow my kids to "master" mathematics. Tragically, I had put "mastery" learning on a pedestal and had prioritized using it ahead of my kids' real, demonstrated needs.

Eventually, my kids hit such a hard brick wall that I had no choice but to admit it was time for a change. And this was a huge blessing in disguise, as the vaunted "mastery" curriculum I'd been using announced its decision to align with common core just three months after I'd ditched it. But I still worried that I was copping out or slacking by moving toward a program that used spiral learning, all the more so because some very loud online critics kept insisting that the program I eventually chose was "not rigorous enough." Yet I couldn't ignore the fact that my kids were engaged with the new program, were making real progress for the first time in a long time,  and - gasp! - even enjoyed it (as much non-mathy people can enjoy math!).

At that point, I began examining my assumptions about the two methods.

It has probably not escaped you, the reader, that I've used quote marks every time I've written the word "mastery." That's because I've come to believe the term is a misnomer. In reality, the goal of all learning is mastery - i.e., we all want our kids to retain information and skill development deeply enough to know that they have truly mastered it. But, contrary to the connotation behind the term, "mastery" methods are not the only way to get there.

In reality, a better term for that method might be the chisel approach because the idea is that a child sticks with one concept and pushes all the way down into it until complete mastery is gained, no matter how long it takes. In math, this means that a child does not consider subtraction until he demonstrates absolute dominion over every element of addition. In science, it means digging into all aspects of astronomy for a prolonged period of time before considering plants or animals. For spelling, it means honing in on one rule for as long as it takes to never misspell any related word. Picture a chisel being hit with a hammer and creating one straight crack to the bottom of a rock. Or think of taking an interstate highway to reach a desired destination, then coming back and jumping on another straight-shot highway to get to another locale. And it works...for some kids.

But the other method - the spiral approach - leads to mastery, too. The idea here is that a child learns a little about a topic and then moves onto another topic before coming back to explore the first one more deeply. In math, this means a child will learn about addition for a while and then be introduced to subtraction as its corollary and practice both concepts in tandem - and it means he will still come back to review addition now and again even when learning multiplication and division. Eventually, over time, he masters all the operations. In science, it means, perhaps, studying how scientific ideas developed historically, which introduces knowledge about all the different scientific fields a little at a time, relating one to another. For spelling, it means introducing and practicing one rule for a while, then adding another and another, and reviewing them all incrementally over time. Picture a spiral-shaped, hand-crank drill boring down into a rock, eventually getting to the bottom while creating a hole of some diameter along the way. Or think of taking a winding, back-country road to reach a destination and stopping to explore other points of interest along the way. It works for real mastery...for some kids.

The key, of course, is to figure out what works for each child.

This is not a moral question so there's no right or wrong - except that it is wrong to force a chisel approach onto a child whom God has wired for spiral learning, or vice versa. As home-educating parents, we fret over this, feeling we "must" know which approach to use as soon as as we begin formal academics - or that the approach we pick at first "must" be what we stick with forever. We put certain curricula on a pedestal and worship their approach to learning instead of adapting for the needs of the unique, designed-in-His-image learners with whom God has blessed us.

In reality, discovering how God has designed each child as a learner requires careful observation and keen discernment over time; we really cannot know when a child is five or six or - if we pull our kids from factory schooling at a later age - right when we start home-educating. So, for a couple of years, it'll be a matter of trial and error - and that's okay. You won't wreck your kid if you start with spiral-oriented math and later realize he needs a chisel approach. You won't destroy her love of learning if you start with chisel-style science and see six months later that it's just not resonating. You'll know when you've hit upon the right approach because you'll see things "click" with the child. And the only mistake you can make - which, to be honest, is a biggie - is insisting on using one approach because you like it (or because it worked for your best friend's kids or with all of your other children) when you clearly see that a child needs the other. That's pride and that hurts.

Thus, the "mastery or spiral" question is a red herring. What we usually call "mastery learning" is really a chisel approach, and both chisel and spiral will lead to mastery when used correctly. Correct usage means choosing not to elevate one method over another and, especially, deciding not to elevate a method over a child's real, God-given learning needs. Correct usage means having the humility to let God reveal the type of learning each child needs and then following through appropriately. Both spiral- and chisel-style materials abound - with more than 3,800 honeschool-oriented resource companies from which to choose, there's something for everyone. As long as you are willing to use what truly works for each child, the end result will be mastery.