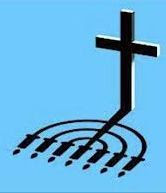 ...to discover out of the blue today that I am...Jewish!

It wasn't something I was purposely investigating. In fact, the revelation came quite by accident when I randomly chose to Google-search my maiden name - Gmirek - after joking with my brother-in-law about Polish surnames. And, lo and behold, a hit for Jewish Family Names & Their Origins popped up with that name clearly listed!

Rather taken aback, I consulted one of the Titus 2 ladies in my life - an ethnically Jewish Messianic friend - wondering at the legitimacy of the book and what it meant to have my family's name listed. And she confirmed that being listed means that I am, in fact, ethnically Jewish!

I never really knew my paternal grandfather, who died when I was about two, and my father's mother identified as nominally Catholic. But that doesn't phase me, as I know from my studies into world history that many European Jewish families converted at some point, mostly for self-preservation during one of the continent's many bouts of anti-Semitism. The fact is, though, that being Jewish is an ethnicity, not merely a religious expression.

And I am a Christ follower - more accurately, I guess, a follower of Yeshua the Messiah - with no plans to renounce my faith in Him. In that regard, I'm among the many, many ethnic Jews throughout the last two thousand years - starting with the apostles themselves! - who have come to believe that Jesus/Yeshua is the promised Messiah spoken of in the Old Testament/Torah; in fact, the gentleman who first shared the whole Gospel with me is also a Jew.

Interestingly, I've had a keen interest in the Messianic movement for at least eight years. I've never been able to understand this pull, though it's been real and growing. But my Titus 2 friend reports that many she knows who have been drawn to a Messianic/Jewish expression of the Christian faith later learn that they are ethnically Jewish. So now I'm choosing to see my inexplicable interest - I've even been reading primarily from the Complete Jewish Bible for almost two years - as part of the journey that God/Adonai has put me on to lead me toward discovering my Jewish roots.

What's next? I don't plan to take a DNA test - those things give me the heebie-jeebies in terms of loss of privacy! - but for the first time in my life I have an interest in genealogy. And I know enough family history - the names of my paternal grandparents and where they lived in adulthood - to get me started on some digging into my family tree.

I'm also excited to begin a more thorough exploration of what it means to be a Jew for Jesus. Adonai has led me over the last several years into friendships with other Messianic Jews - wow! typing the word "other" includes me in that category, which is still rather mind-blowing! - and with Gentiles who seek to incorporate a Hebraic view of life into their Christian faith, and I've felt a longing to participate with them. I always feared that was presumptuous or "faddish" of me - but now I know I can legitimately be a part of the Messianic movement. And if I'm Jewish then so are my daughters, so we - along with my husband - should learn about our roots and how we can incorporate Jewish history into our worship of Jesus/Yeshua together!

I've got a lot to learn, and I don't even really know where to begin. My Titus 2 friend has suggested introducing some celebration of Purim and Passover into our lives this spring, so I think I'll start by reading Celebrating Jesus in the Biblical Feasts, which has been sitting - inexplicably until today - on my bookshelf for years, and watching even more sermons from Beth Yeshua, a Messianic congregation recommended to me months ago by another friend. After that, we'll see where the Holy Spirit - the Ruach HaKodesh, as my Complete Jewish Bible has taught me - leads.

But one thing is sure: I received a beautiful Valentine's Day gift from my Heavenly Father today when He showed me that I belong to Him in this new-to-me way.