An Insider's View: The Truth about College 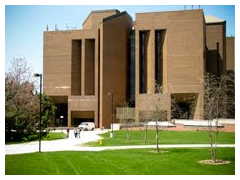 Actually, my impetus for posting this comes from a 2011 article - This Year Keep Your Kids Home from College - by Mike Adams, a criminology professor at the University of North Carolina at Wilmington. You read that right: a college professor is counseling parents against sending their children to college - his or anyone else's - because, as he asserts, "...While I once considered college to be a good investment for most high school graduates, I have come to believe that it is a bad idea for most of them. Note that I am not saying that college simply doesn’t deliver the good things it once did. I am saying much more than that; namely that it often hurts young people...in at least four distinct ways."

He then goes on to detail the ways in which college hurts our kids - spiritually, morally, intellectually, and financially. And I came away from his well-reasoned piece shouting, "Amen!"

Dr. Adams acknowledges that some careers do require a college degree - though I believe he'd also advocate for alternatives to traditional residential brick-and-mortar university whenever possible. His thesis in saying "this year keep your kids home" is that it's better even for those interested in pursuing careers that currently require college to wait a few years - to not enroll right after high school - so they might mature a bit (gaining important spiritual grounding in the process), be more certain about their desired career paths, and work to save money (to avoid college debt and to also learn to appreciate the value of hard work - which will make college studies all that more meaningful in the end).

When I first read the article, my children were young teens, and we had begun to consider all the options - including (most importantly of all from our worldview perspective) seeking God's clear guidance about what He wants with each of them after they complete their high school studies. Ultimately, the outcome for which my husband and I both hoped then (and still hope now) had nothing to do with career paths. Instead, it is that each of our daughters will love the Lord her God with all her heart and with all her soul and with all her strength and with all her mind, and will love her neighbor as herself (Luke 10.27)...because if they each do that, everything else will fall into place as He intends.

And a secondary goal - which I actually see as a corollary to the first - is for them to love learning and continue to seek knowledge and wisdom for their whole lives. Of course, it's entirely possible - depending on God's call on each of their lives - that some form of post-secondary studies may be part of that process. In fact, it's quite likely given current societal and economic realities that every young person will need to take coursework of one sort or another throughout their adult lives. However, I don't want my children to believe that attending a traditional residential brick-and-mortar college (i.e., the type that destroys so many young people, spiritually, morally, intellectually, and financially) - right out of high school or ever - is the only path to a meaningful life, because that is, quite simply, an outright lie. There are many alternatives for gaining knowledge and competence, the possibilities for which have grown exponentially since my children were babies and will surely only multiply even further going forward.

Sadly, just as so many parents mistakenly believe lies about early childhood education and see the public/government school system as the default answer to K-12 education - failing to even investigate the feasibility of other options - far too many have come to presume that traditional college is also the default for post-secondary learning. But that needn't be the case; in fact, we really only do our kids a service by looking into all the options and then choosing wisely. I'm very thankful that Dr. Adams - and a growing chorus of others like him - was courageous and honest enough to acknowledge that truth.

Will you now take the next step for your own children by committing to considering all the possibilities and then guiding each child toward his best individual path rather than shoving him forward to do what "everyone else" does?