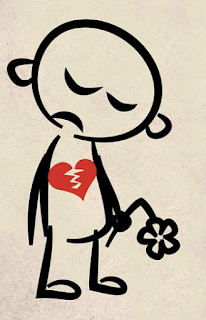 Seven years ago today my church world changed, and I'm still sad about it.

I wrote a post on my old blog that night and aptly titled it Blindsided. I guess some people were aware of brewing conflict, but - even though my husband and I had attended the church for more than 12 years at that point and were heavily involved with the ministry in several ways - I sure wasn't. So when the Fort Sumter moment happened, I was, indeed, blindsided.

That was on a Tuesday, and I spent a lot of time through the week talking with fellow church members as we all tried to process what seemed to have happened. I helped to lead worship that weekend, and a kind of pall hung over all the services.

To make a long story short, most of our pastors were dismissed by mid-January, and several other staff members resigned. Dozens of families - including several of my very dear friends - left too. Those of us who chose to stay were wounded and defensive with each other.

The denomination brought in a two-pastor interim team; both men were blessings and did yeoman's work trying to help us recover from the shock of everything and discover how God would make beauty from ashes (Isaiah 61.3). Eventually, a pastoral search committee formed, and about four and a half years ago, we brought on a new senior pastor, who has since hired multiple new pastors and other staff members.

Most people who've started attending in the last few years don't know what happened; that's okay, as it's not relevant in the ministry of the church right now. The new staff members are all good people who love the Lord, and the church is doing good work. But I still grieve for lost and damaged friendships, and I struggle with change in general (after all, my apropos nickname is "Rou-Tina!"), so adapting to some of the ministry changes that have come since is hard for me. My sadness does not reflect on the character of our current staff or the current ministry of the church, but it is very real and may not ever go away.

I'm at peace in that I know God's got everything in His hands - even circumstances I wish could be reversed. But one thing I've learned over the years is the importance of being real about feelings. So real admits that I'm still sad about what happened and wish it hadn't. I certainly don't dwell on it every day, and I know I can't actually change what happened so I move forward. But - like the anniversary of a loved one's death - the tragedy of what happened hits me every once in a while, especially at this time of year.