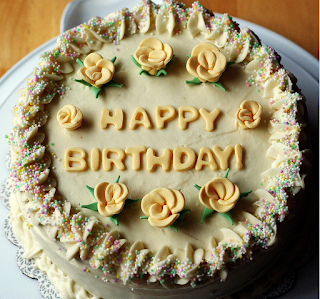 Anyone who takes the Bible at its word - who accepts it as God's only infallible revelation and does not compromise on it - ought to be celebrating today, October 23. You see, today is the day that the Reverend Archbishop James Ussher determined through careful research in the mid-17th century AD to be Day 1 of Creation in 4004 BC. That means that today in 2018 is our birthday and the start of year 6022!

Up until a few years ago, I'd never heard of James Ussher, and I daresay that few others - even most Bible-believing Christians - have either. That's not because he's not credible; rather, it's mainly because proponents of evolution sought for years to bury his research and a gullible public forgot it. But we need to rediscover him. And now his amazing book, The Annals of the World, has been republished, available to any who have interest in an accurate, biblical accounting of ancient history. The volume details events from Creation through AD 70, and includes a date for the first day based on careful study of the chronologies in the Bible and other historical records.


In the beginning God created the heaven and the earth. [Gen. 1:1] The beginning of time, according to our chronology, happened at the start of the evening preceding the 23rd day of October (on the Julian calendar), 4004 BC or 710 JP. (This day was the first Sunday past the autumnal equinox for that year and would have been September 21 on the Gregorian calendar. Historians routinely use the Julian calendar for all BC dates. Editor.)

On the first day [Gen. 1:1-5] of the world (Sunday, October 23), God created the highest heaven and the angels. When he finished, as it were, the roof of this building, he started with the foundation of this wonderful fabric of the world. He fashioned this lower-most globe, consisting of the deep and of the earth. Therefore, all the choir of angels sang together and magnified his name. [Job 38:7] When the earth was without form and void and darkness covered the face of the deep, God created light on the very middle of the first day. God divided this from the darkness and called the one Day and the other Night.

As I've come to understand the Hebraic roots of Christianity, I've paid more attention to Jewish holidays, and have learned that Rosh Hashanah is celebrated on the first day of the Jewish month Tishrei, which occurs each year somewhere between September 5 and October 5 of the Gregorian calendar. And by Jewish accounting - the Jewish calendar counts from the Jews' understanding of when Creation occurred - Rosh Hashanah in 2018 marked the start of year 5779. While the exact dates are not identical and there is a difference of 243 years between Ussher's hypothesis and Jewish understanding, I find it fascinating that both approaches peg Creation as occurring at the same time of year and with a historically insignificant difference in the actual presumed year.

It doesn't matter what evolutionists say; so much evidence discredits the theory of evolution that Christians need not fear the petulant barbs of its proponents. The fact is that God's ways are not man's ways and, as such, many will be unable to grasp God's economy in Creation unless/until they can see through eyes of trust in the Creator. But, in terms of celebrating God's gift to us of the world itself - and the roots of our very existence - that shouldn't matter.

Reverend Ussher, a devout, educated follower of Christ who devoted his life to studying the matter of origins, has given us a specific date to celebrate. We should make the most of it. In fact, now that Ussher's work is available to all, I sincerely hope October 23 becomes a major day of celebration on every Christ-follower's calendar. 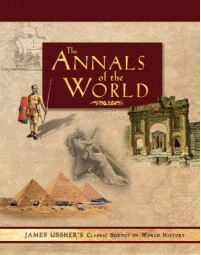